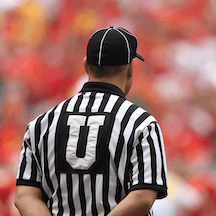 One of the oldest sports in the Southeast Asian countries, Kabaddi is more than just a game—it’s a tradition that is still pretty relevant in the rural region of India, Pakistan, Bangladesh, Nepal, and other Southeast Asian nations. Like other sports popular among betters, Kabaddi’s history dates back to ancient times. Originating in the state of Tamil Nadu in India, the sport became travelled across the sub-continent throughout centuries.

From being a rural sport to getting international recognition among the most iconic tournaments and games, Kabaddi’s stature has improved as it is being compared to other international sports like as football, cricket, and hockey. The show of strength, agility, and technique draws fans towards this sport that hasn’t lost its charm, but only gained more exposure, especially in the past few years.

Here, we will talk about the game rules of kabaddi and how it is played. This article will surely help you get a basic idea of how the game is played and what role does everyone play during a match.

For a game to be successful, a certain set of game rules must be followed, so there is fair play and the best one comes out as the deserving winner. Kabaddi game rules involves two teams competing against each other bound by certain rules that make the game interesting and worth watching. Here, we list the 7 basic rules of the game, so you get the exact idea of how the game is played.

Kabaddi has a total of 10 to 12 players but only 7 players play the match at one time. The remaining players sit out of the playing ground and are substitutes who replace the players on the ground whenever the need arises. Replacement of the players is strategically done to suit the current status of a game.

Most kabaddi matches consist of 2 halves, each of which stretches to around 20 minutes and have a 5-minute interval for players to have refreshments, relax, and strategize. During each match, the last raider of each team is allowed to complete his/her raid even when the match duration is complete.

This is the same as football, hockey, and various other field games where each team gets the chance to call for a ‘Time Out’. Kabaddi teams get a 30 seconds Time Out for each half. The captain, coach, or any other team member can call for a Time Out but with the permission of the referee. In case the team has violated the instruction of staying on the ground during Time Out, a technical point is awarded to the opponent team.

There are a total of 5 reserved players that can be substituted. If a player gets suspended by the referee, the substitutes for that particular player wouldn’t be allowed on the ground. The team has to play with a lesser number of players. No one can substitute for a player that is out. One major thing that you should know about Kabaddi substitutions is that they are only done during intervals or time outs.

The team who has better scores is declared the winner of the match.

Now, when you know about the format of the game, it is important that you also know about the role of each technical official that is involved in making the game a success.

For the Kabaddi game rules to be followed each Kabaddi match consists of 1 referee, 2 assistant scorers, 1 scorer, and 2 umpires. The final verdict over a technical decision is only the umpire’s call. However, the referee has been given the right to give his/her decision in case both the umpires are not agreeing.

Duties of the Referee

A referee has to perform the following duties:

Duties of the Umpire

The umpire has to conduct the entire match and announce decisions adhering to the rules of the game.

Duties of the Scorer

The scorer performs the following tasks during a Kabaddi match:

Let us now discuss the relevance of each card that a referee displays to the players during a match:

This is a type of warning card that is, when displayed twice, amounts to direct enforcing of the Yellow Card the next time. This card is shown to a player, coach, or the manager.

Once a red card is shown to a player, coach, or manager, the concerned person is suspended from the match or is debarred from being part of any match during the tournament.

Today, Kabaddi has been recognized internationally and is one of the few sports native to the sub-continent that is added to the Asian Games. Evolving over the years, Kabaddi has also become a bettor’s choice. Different online betting sites have added Kabaddi in their sports betting section with latest events constantly updated for bettors to wager on their choice of markets. Kabaddi has millions of fans spread all across the world who also love to wage their money on the sport, especially on popular events like the Pro Kabaddi League.

Here are some of the premier online betting sites that have events and markets available for players who want to wage on kabaddi: 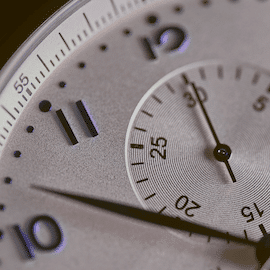 Betting Sites – A Complete Guide to the best betting sites in India. Here you will find the best sites to bet on cricket, football, horse racing and kabaddi.

Is Betting Legal in India? – A thorough guide to the legal situation regarding betting and gambling in India. Filled with statistics and facts and all about the Indian gambling law.

Deposit Methods – We know the importance of choosing a safe and secure deposit method when betting in India. Here we present the best methods to deposit in Indian Rupees.

Cricket Betting Sites – Are you a cricket bettor looking for the best site to place a bet on? Look no further! Here you will learn everything you need to know about the best cricket betting sites in India.

What Payment Methods Can I Use To Fund My Online Betting Account?

It solely depends on the bookmaker site you are registered with. There may be websites that accept Paytm as a payment method but there is a strong chance that the website might not accept bets made in Indian Rupees. You can check the payment methods before registering with any of the websites.

How Can I Bet On Cricket Online?

It is super easy to bet on cricket online. You can do it by registering with any of the online sports betting sites such as 888Sport or Betfair. You can choose real-time on the team or the match you want to bet on. There is a wide variety of markets and events to choose from.

Where Can I Bet Using Indian Rupees?

The most popular and reliable websites that accept deposits and withdrawals in Indian Rupees (INR) are Betway.com and Bet365. Indians can easily sign up on these sites by entering their basic information that includes — name, home address, and email. After the account is opened, players can carryout transactions in INR. There are other sites that accept Indian currency, but the payment methods are not so flexible.

Which Online Betting Site is Best For Placing Bets?

It all depends on what type of betting you want to do. There are a huge number of betting sites to choose from, but the one that would serve you should have the standard facilities including accurate odds, great range of sports & markets, lucrative promotions & bonuses, and a reputation that is acknowledged by stallwarts of the betting industry.

How to Know if a Betting Website is Safe or Not?

Most online betting sites are safe for customers to create accounts and make transactions. However, it is crucial that you choose a legitimate betting site that is independently regulated and fully licensed. A thorough background check should be done before the website creates recommended sportsbooks for you.

Is Online Betting Legal in India?

A general view about betting in India is that it is illegal. This attitude towards betting enthusiasts has resulted in several arrests in the past years. However, there has not been a single case against online betters who operate from their home. The only federal law for gambling in India is the The Public Gambling Act of 1867 that was drafted to prohibit betting parlours and brick and mortar casinos from operating. However, the law doesn’t apply to skill betting which is why horse race betting is allowed. With the exception of the state of Sikkim and to some extent Goa, betting is prohibited across the country.
This has created a grey area for the online betting industry. Even though betting is illegal under Central Government’s rule, each state is given the right to make a suitable gambling law by the Constitution of India. For details on the Sikkim Gambling Licenses, you can look for gambling laws in India.